During a sunny autumn day in early November, we visited the majestic Sacra di San Michele, an ancient abbey that inspired the writer Umberto Eco for the novel "The Name of the Rose".

It rises on a small mountain spur, Mount Pirchiriano, which stands out on the plain around Turin. From its peak you can see the Piedmontese capital and the breathtaking view of the Val di Susa.

The abbey has ancient origins, its construction took place between 983 and 987 AD. After an initial period in which it was managed by the Benedictine friars, it then passed into the hands of the Rosminian fathers, now supported by volunteers and members. Antonio Rosmini, the founder of these fathers, was a writer, thinker and philosopher. The focus of his thought revolves around the practice of charity, not only the temporal one, but also the intellectual and spiritual one.

The abbey can be reached with a short walk along a paved path in the woods. The first building you will encounter is a ruin called the Sepolcro dei Monaci. Despite its name, it is probably a small church dedicated to Saint Stephen.

Continue for a few more steps until you reach the entrance to the monastery. We are sure that you will be as impressed as we are by the majesty of the building, where the recent statue of Saint Michael, albeit in a modern style, is able to emphasize even more the effect of grandeur.

From here you can access the Scalone dei Morti, a steep staircase carved into the rock. In its niches, now empty, some skeletons of the monks were once kept (until 1963), from which the staircase takes its name. Once at the top of the stairs, cross the splendid Portal of the Zodiac (1128-30), a Romanesque work sculpted by a famous architect-sculptor from Piacenza. This reference to the zodiac is due to the representations that decorate the door; on the right, the twelve zodiac signs, on the left the southern and northern constellations.

There will therefore still remain a beautiful staircase dominated by arches, before reaching the actual entrance of the abbey. The sanctuary, in Romanesque-Gothic style, is the result of various construction phases. It is striking for its simplicity and grandeur. If you want, you can attend the mass which is open to the public on holidays.

Then continue the visit to the Ruins of the New Monastery and the Torre della Bella Alda. According to a legend, a young girl who came to the monastery to pray was surprised by the enemy soldiers. The only escape was to jump from the tower into the ravine below, invoking the help of Saint Michael. The young woman, who remained unharmed, misused this heavenly favor and tried the leap again to boast of the gift received, thus losing her life. Although the legend is a bit macabre, it still has its own moral. The view from up here really leaves you speechless. Absolutely unmissable on a beautiful sunny day.

Once your visit is complete, if you want to appreciate the view of the Sacra again, we recommend that you retrace your steps towards the parking lot. Here ends the panoramic Path of the Princes, which takes its name from the procession that in 1836 brought here the bodies of the nobles of the Savoy family from the Turin Cathedral. The route is well marked and with reduced slopes. We have only covered the final part of its 4km. Here the view of the abbey is truly remarkable. There are many other walking opportunities, which we are sure are worthwhile not only in the fall, but also in the spring.

We leave you as a reference the map of the main paths that all lead to the Sacra di San Michele. 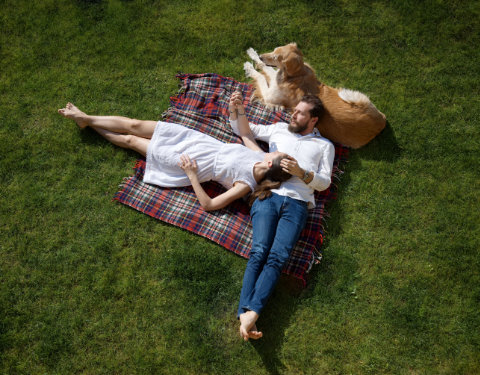